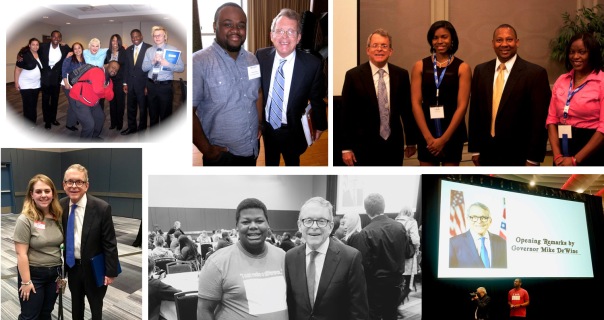 One of Governor Mike DeWine’s campaign promises was the establishment of a Foster Care Ombudsman’s Office. He delegated the task of making this happen to the Office of Children Services Transformation.

In his prior role as Attorney General, DeWine was a staunch advocate for abused children and teens. He referred to them as “victims of crime” (which they are), and thus under the purview of the Ohio Attorney General’s Office, as well as ODJFS. He held a series of Child Safety Summits throughout the state, and included current and former foster youth in every single one.

Ohio foster care youth, alumni and allies appreciate Governor DeWine greatly, and are eager to expedite the timeline on this project.

Our recommendation is for this future office to be specifically for foster care youth and young adults, and be housed in the Ohio Attorney General’s Office.

Our proactive communication regarding this has included many emails and phone calls, as well as:

What is the role of a Foster Care Ombudsman?

What are the benefits of having a Foster Care Ombudsman?

What services are provided by a Foster Care Ombudsman?

Why aren’t current systems already working to address this problem?

What are the risks of not establishing a Foster Care Ombudsman?

Here is a list of State Ombudsman Office Characteristics, as compiled by Juliana Barton, and a Ombudsman Issue Brief as outlined by Children’s Defense Fund – Ohio.

Three examples from other states:

1.) California’s State Ombudsman for the Foster Care Program was created in 1998 with the passage of Senate Bill 933, Chapter 311 (pg. 90): This bill would require the Office of the State Foster Care Ombudsperson to be established in the State Department of Social Services with prescribed powers and duties. The fact that this position exists within the California Department of Social Services has created concerns that to effectively execute this role requires more authority and independence.

2.) Oregon’s Office of the Foster Care Ombudsman was created in 2013 with the passage of Senate Bill 123 (section 2, part 7): To have a hotline phone number that is available to the foster child at all times for the purposes of enabling the foster child to make complaints and assert grievances regarding the foster child’s care, safety or well-being.

3.) Texas’s Office of the Ombudsman was created in 2015 as established by S.B. 830.  The detailed wording of this bill maps out how Texas moved forward to:

Click here for additional information, including a chart that maps out the state, office, jurisdiction, and duties and powers of each existing Statewide Foster Care Ombudsman’s Office.